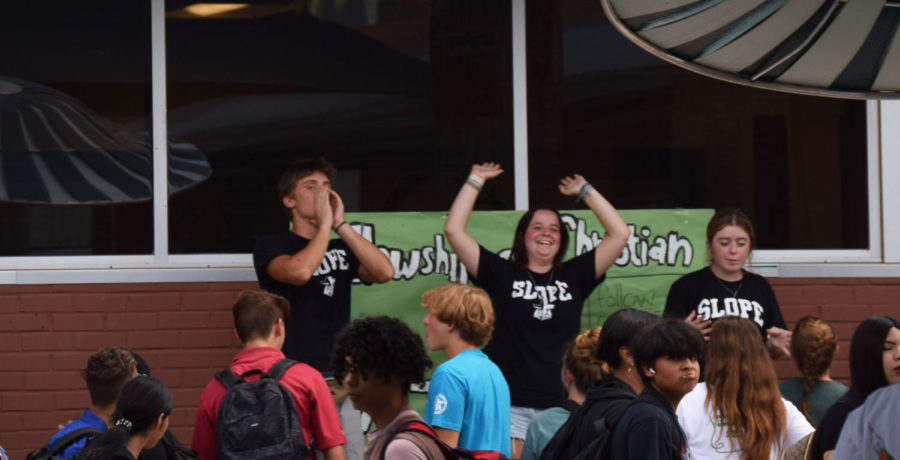 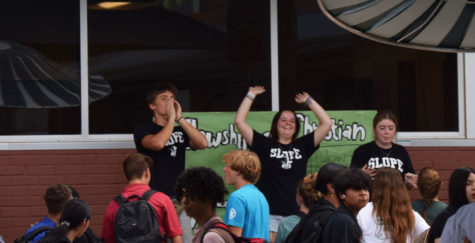 Greek Philosopher Plato once said, “We are twice armed if we fight with faith.”

While Plato may have intended this comment to mean that armies should believe what they are fighting for, it is also possible to interpret this as divine faith gives warriors extra armor.

The Sunnyslope Fellowship of Christian Athletes may gather with hopes of gaining strength and bond through faith.

“I go to FCA because there are a lot of nice people and it’s a good way to spread faith” said Junior Football Player Jack Preston.

In the Fellowship of Christian Athletes, it is easy to make christian friends that are also athletes.

The advisor of the club is Josh Woznicki, but there are many other pastor advisors at the meetings.

At the meetings you do fun activities like dodgeball, eat doughnuts, discuss faith, and tell stories.

It is a very accepting community with a lot of students from all different backgrounds and sports that all believe in the same thing.

There are also some fun out of school activities to participate in.

The FCA is a great place to make memories and relationships that will last beyond highschool.

Junior Football Player John Sing was asked about his favorite memory and said “We one time went to a breakfast where NFL players spoke and it was really fun to be with the guys and talk about what we believe in”.

Lots of other students enjoy the public speaking at the meetings.

Sophomore Football Player Rhett Doherty is a part of the club and said “Some of the best memories were when there were student speakers, we would share stories with the group and spread faith.”

The games at the FCA are very fun because everyone is an athlete and actually gives effort which makes it competitive and fun. Sophomore Basketball Player Jadan Curry said “We would do a lot of different games like dodgeball, dribbling games and other games”.

The advisors of the club are also very friendly and nice. Doherty said “I started going to FCA freshman year because a lot of my friends went there, and they would send you off with a good message after”.

During a rough time the FCA is a really good place to go to get your mind off of things.

Curry said this about the advisors “Mr. Woznicki and the other pastors would say things that would be motivating and motivated me to work harder in sports.”